Ratings are decided by my subjective experience with the game at the time I played it. Sometimes, the context in which I played the game (e.g. younger and more impressionable) influences the rating. Regardless, the quality of my experience is heavily impacted by the quality of the game, so I can make recommendations based on them.

- 5 starts: Excellent game. Even if you don't like its genre or what you know about it doesn't attract you, you'll very probably still get something out of it.

- 4 stars: Good game. You probably already know perfectly wether you'll like it or not based on the game's marketing and its available information online.

- 3 starts: Still enjoyable, but flawed. Usually worse than what you'd initially expect when deciding to play it.

- 2 starts: Bad game. Either for being boring, for having a terrible storyline despite the game putting a lot of emphasis on it, or both. I don't recommed these even if you're interested in them.

- No rating: This means at least one of these things:

1. The game has aged badly to the point where it's not worth playing anymore despite it not being necessarily bad.

2. I played this way too long ago

3. Haven't played the game enough to rate it

4. My experience with the game can't really be rated (usually in grand strategy games, multiplayer games, or other games with nearly infinite content) 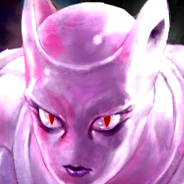