More commonly known today as Dr. Bogus, I am a primarily Nintendo fan who delves into Video Game history. I have a decent collection, although it is dominated by Mario games, due to my history as a Mario fan.

I initially started playing seriously with Super Mario Galaxy on Wii, which later expanded into other Mario games on the Wii and DS. As time went on, I bought a Wii U and enjoyed a few games on there. With the long periods of hiatus for the system, I branched into older consoles and other franchises to fill the void.

Today I have most Nintendo consoles, and I try my best to keep up with new games from the franchises I collect for, as well as expand into the history of these franchises. I have also broadened my console collection into Xbox and Playstation platforms, albeit not the newest ones.

My favorite game is still Super Mario Galaxy, while my favorite franchise has become Fire Emblem, despite my low skill level in those games. I plan to attain complete collections for Mario, Kirby, Pikmin, Fire Emblem, and Lego games.

Beat: The Legend of Zelda: Breath of the Wild  (Switch) 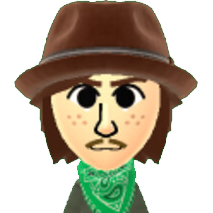