Completed ?For games which are 100% done. All extras and modes have been unlocked and finished. All significant items have been collected.
Drawdler
about 2 months ago

I copied the "Disgraceful" moniker, thanks

Can't argue with it.
Ah, I thought it looked like him but wasn't sure. Cool. GS is a series I'm curious about but I've really never had the chance to play.
Thanks!

“Disgrace” in your ratings made me laugh. I think a 7-star system is good too even though I stick to 10.

I don’t recognise it but your avatar is cool.
PM 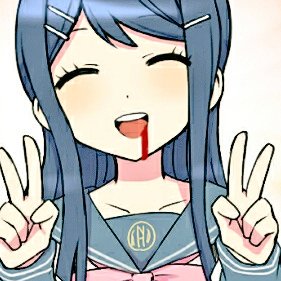 The combat sounds very different, but with a good AI it can be fun to not have total control. And haha clearing the backlog is definatley an impossible task! I keep telling myself I'll do it one day and as a result try to keep the amount of games I purchase low, but I always keep getting the urge to try new things or revisit old ones instead of the games I know I have. I have tried to limit myself to mostly just steam now to minimalise the amount of money/time I spend on video games and avoid buying games then not playing them, however I keep my vita and 3DS as I have always loved handhelds, too.
Something else I miss is having physical copies of games, particuarly limited editions which can be beautiful.
Thank you! I didn't even notice my backlog anniversary lol.
PM

I really enjoyed Soul Silver when I played it. The poke-pedometer acessory was wonderful (I could level up pokemon by huge amounts just from doing my usual commute) and I'm not sure why it was dropped from later games. I had a lot of fun with it at the time, however I can't remember how good it holds up against the rest. I remember when I first discovered video games, there was a point where I would play anything and love it lol. I will have to play Persona 3 for sure in that case! It sounds enjoyable. I hope for a pc port but if not there is always my vita. I own P2: Innocent sin on my vita as that one intriuged me but unfortunatley haven't gotten around to playing it. I keep being attracted to replaying older games instead of keeping up with current ones

Honestly, I am a bit sad about no longer enjoying pokemon. It has a large playerbase and the merch is fantastic. The most recent one I played was White which came out a decade ago. So crazy!

How did you find persona 3?! I heard that before 4, the persona/Shin megami games had a very stylish darker/grittier feel. I don't know of many dark/mature jrpgs, so I'm intriuged!
PM

Hello! Thank you so much! Your collection is impressive!!

I have beat Persona 4 already on my vita with the normal end and it's wonderful! I outgrew pokemon (nothing against it, just can't personally enjoy it anymore) but it has a sort of nostalgic but more mature feel to it with obtaining the personas, learning moves, the turn based combat, etc.
It is also the only Persona game I've ever played. So honestly when SEGA/ATLUS announced the port, I was happy of course, to see persona on pc... still, part of me felt 'why does it have to be the one I played already..?' LOL. Still, I will happily play it again and probobly use a guide to achieve other endings! I saw you beat the regular one on PS2, will you replay the golden version?
PM

Iniquitous
about 9 months ago

I still have the opening song on my phone, it's not a game I hear a lot about so meeting anyone else who likes it is always a big excitement lol.

If it's okay, may I add you to my multitap?
PM

Iniquitous
about 9 months ago

Just popped in to say I love the idea of a Legend of Dragoon remake. Still absolutely adore that game!
PM 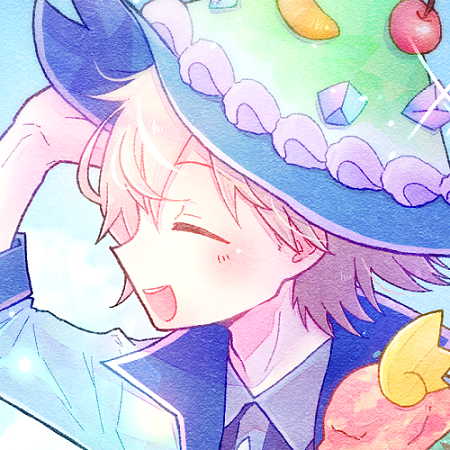 hey its nice to meet you !

and thank you very much ! :D
PM

Cele
about 1 year ago

I just saw your message from four months ago, aah! Golden Sun is indeed an amazing game.
PM

Welcome to my Backloggery, call me Oki if you like, i'm just a Sir that does not consider himself a Collector or Gamer, "I Just Like to Play Video Games".
About Me: I've been Buying Old Video Games since 2009, back then i had a Wii and DS but then decided to buy a NES.
I'm Open-Minded to most NES Era and Forward Consoles now and i try to buy, have, and play from Everything.
While not a "Professional" i do like to give my opinion on games with a 1 to 7 Rating:

I think the 1-10 rating is decent, but i don't like those that give Decimal Numbers, i don't see the point of it, and just giving a Good/Bad would be a simple system but people are 3-Dimensional.
The *Orenji Koin* of Awesome or (OK) for short, are my Recommendations!.
The *Oki's Picks* or [OP] for short, are my Personal Favorites ^ ^
Other Ownership are games i still have around which i may include in my collection again or sell.
"*R-Extra" is additional review text on the Progress Note section because Backloggery only gives me so little characters to work with (do wish this will change someday).

Completed: The Witch & The 66 Mushrooms  (Steam)

New: The Rescue of Mermaids  (Steam) 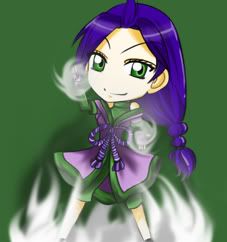