Completed ?For games which are 100% done. All extras and modes have been unlocked and finished. All significant items have been collected.
SnakeEyez
about 2 months ago

Ahhh! Look at that! I totally missed it! haha. Thanks :D 4 years of tracking games, and my backlog has only gotten larger LOL

Romance comics are fun! We all need some love and mush once in a while

They areeee. They're trash games haha! My boyfriend recently got me into Cookie Clicker, and since then I've been on an idle game grind.. lol. It's just your generic anime dating-sim with the idle mechanic added to it. The only difference is Crush Crush lets you date the ladies and Blush Blush lets you date the lads. I'm having the best of both worlds

Game pass for PC was doing the 3 months for $1 thing.

I decided to finally try it out!!
PM

Yeah wow I've seen a few streamers playing games. It's so fast! Though knowing my internet I bet it would still have some lag at least lol.
PM

I blame you for this.
PM

the harvest sprites are quite helpful, aren't they?

I have memories from being a kid and playing minigames with them nonstop. (I think I was playing the DS version and in that game they ran a casino. Don't ask lol) I think it lowkey gave young me a small gambling addiction for awhile LOL
PM

Oh definitely! After awhile it becomes a "how can I get the MOST time out of my day" simulator :P
PM

!!! Story of Seasons!
I haven't played this new one yet. I bought it on my switch but haven't had the time to play much.

I grew up with Harvest Moon and I know this one is basically a remake of Friends of Mineral Town!! Some really good characters in that one.
Have you played Stardew Valley at all ?? I feel like that a really easy one to pick up and get into!
Regardless I hope you're enjoying it :D
PM

Tellin ya boys, Gamepass is a freakin' godsend!

A note concerning the SNES Classic Edition series of games:
I'm only adding games from it that I don't already own a physical copy of. For example, as I already own Final Fantasy VI (twice in fact, one US the other Japanese), I will not be listing it a third time under this collection.

Crap, my 3DSXL is cracked. Dammit I don't have money for a replacement...

I love videogames, naturally. But I really enjoy finding rare games or oddities. Like a US-compatible version of Terranigma, for example. Or the unofficial Sonic game Sonic Lost Worlds.

My BrainHex Class is Mastermind.

I like solving puzzles and devising strategies as well as defeating impossibly difficult foes, struggling until I eventually achieve victory, and beating other players.

My behaviour is focussed around making the most efficient decisions.

My major brain region is the orbito-frontal cortex, an area just behind and above the eyes involved in making decisions, and the nucleus accumbens (or “pleasure centre”) which is closely linked to it.

My chemical messenger is dopamine, which is chemically similar to cocaine, and is involved in habit formation.

If I were an animal, I would be an octopus.

*According to my results, there are few play experiences that I strongly dislike.*

I dislike being asked to solve puzzles or work out solutions without clear instructions.

GCN is a Gamecube Nintendo. I don't care what it's like in Japan. 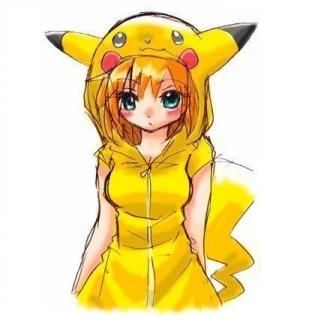