Completed ?For games which are 100% done. All extras and modes have been unlocked and finished. All significant items have been collected.
Linkmaster30000
about 7 days ago

Yeah, LA was my 3rd or 4th I think - my first Zelda regardless. It’ll always be special to me.

You were right about Yunobo - once you told me that it was certain strong attacks, he became much more usable. I still don't like him as a character, but on the battlefield he's rather fun. They all are, I suppose. I still dislike the Great Fairies a lot, which could be personality again, but they are quite unwieldly.

I still think I like the feel of the original better, but AoC provides a unique flavor with much more doable completion, so they're pretty close overall for me.

Now I'm showing my stepson Link's Awakening. He's playing the Switch version while I play the GBC version (on 3DS). He's really enjoying it as his 4th Zelda game; he's finished Link Between Worlds and Ocarina of Time so far. He's on the Triforce Quest in Wind Waker HD and is understandably a bit bored of looking for them.

Exactly! My only quibble with the game is that it seems like spells cost too much and using the combos that cast weaker versions of those spells don't seem to whittle down larger enemy/boss shields very much. I ended up bringing the difficulty down to Easy to better balance it for me.

But yeah it is a bonafide sequel to Persona 5 vanilla and I love it for it. Of they make more entries like this, I might start playing more Musou games lol.
PM

Strawfire
about 1 week ago (edited)

An Airport for Aliens Currently Run by Dogs is a silly first-person adventure game made by one of the guys who took part as a developer in a Dread X collection. Sadly, I found it to be too cheesy and repetitive, so I decided to drop it. If you like horror games, though, I do recommend playing the Dread X Collection series. The entries are very affordable and interesting experiences overall.
PM 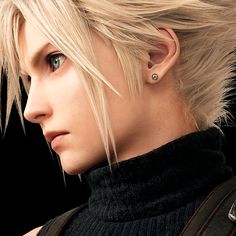 Thank you!! It was so painful!!

When I think about all the grinding for covenant items and gathering all the rings... (shudders) I'm so relieved lol.

If you're ever looking for a challenge with a Souls game, I'd recommend getting it and trying the Nameless King fight. Easily the hardest boss I've personally come up against in the Souls series, it took me ages to master.
PM

You Are Stronger is such a good opening track. I honestly prefer it to P5R's opening.

Overall this is the first Musou/Warriors style game I have gelled with. I'm guessing it's due to the game being structured more like a Persona game than a Musou/Warriors game.
PM

I will say that the Erdrick Trilogy does a much better job of connection than the Zenithian Trilogy. I suppose at that point it was more about getting good games out to contend with Final Fantasy's popularity. With that said, I think the Zenithian Trilogy is overall better made than the Erdrick Trilogy, and I found them more fun as a result. I am excited for DQIII Remastered, though (and DQXII, of course).

I personally really enjoyed the secret ending/boss in Octopath. There were a few connections I had guessed at already by that point, but some of them took me by surprise and everything ended up making sense. However, I agree the game could've used more inter-party interaction and plot. It is still one of my favorite games, though.

I guess from a "happy ending" standpoint I understand bringing in the future heroes to win the day, but... I dunno. It feels like it's trying to stuff in too much. Which is weird, because it's not like it's an exorbitant amount of characters, especially compared to the original HW or any of the Dynasty Warriors games. I think it's the fact that some of the characters just aren't appealing, either from a usability standpoint or from an aesthetic point of view (the Great Fairies have always creeped me out since OOT). Ah well. It's still a fun game and I'm largely enjoying myself.

Anytime my friend! If you ever need anything, don't hesitate to reach out!

Typical choices, but good choices nonetheless. Yes, that is what I meant with the question.

SO... Dragon Warrior XII. Lotsa good stuff announced in that direct. You were right, IV, V, and VI would have been amazing, but they can save those for another time.
PM

Macc
about 2 weeks ago (edited)

I remember that Extra Life stream, if that was your playthrough of Project AM2R. That might have been my first exposure to the project (too long ago to recall), so thanks.

Glad to hear you're taking care of yourself and taking steps to get better. You and ShadowStarEXE were the first two 'Loggers I ever interacted with. We're still in the Discord server if you ever want to drop in again.
Happy spinny ring day to ya!

I'm wishing you all the best with regards to your mental health, and I really hope things get brighter for you soon. I think it's very admirable (and refreshing) to see someone able to put such a positive approach towards sorting things out. Oh, and Happy Pride Month, too!

Mental Health is no joke. Take care of yourself first and foremost - that's the most important thing.

I also never made the connection between Meena and Primrose! Nice catch! :D How are you liking DQIV so far? It was the first one I played and I appreciated how they organized it (it doesn't really come together until Chapter 5).
PM

Strawfire
about 2 weeks ago (edited)

Wishing you a happy Ring Day and speedy recovery. We all need help sometimes 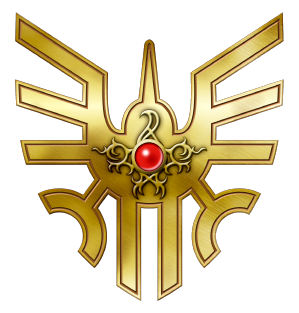 <Have at least 100 more games still needing to be added to my log. Will do it. Some day.>

I know I take a long time to complete games. I'm just a bit slower than people, and I also kind of 'enjoy things' differently, and at a different pace.

I'm a dude with a rather more casual, yet story-driven interest in games. Particularly RPGs as such!

I'm an actor and voice actor, creator, and all-around person who believes that there is magic in this world---and it's the power of entertainment!

Top 3 Games of All Time


🔥NEW! THE LEGENDARY TEST TO PLAY ALL OF THE 'QUEST

(a bunch of stuff I don't have yet)

I have MANY games to add to this page before I start personalizing its appearance better and stuff.

Most of my games are RPGs, and I like to think I've completed quite a few! My collection isn't MASSIVE, but there are atleast a few hundred games ranging from my Gameboy and Super Nintendo all the way up to recently Indie classics on my PC.

Wish me luck, and I'll update this soon!