Completed ?For games which are 100% done. All extras and modes have been unlocked and finished. All significant items have been collected.
MrFreddy
about 1 week ago (edited)

Your reasoning for Cold Steel 3 definitely makes sense. I still am not in the right mood to get back into it. The Falcom burnout is still pretty strong

! I totally get your feelings for Azure, the ending is just spectacular all things considered and I really adored those last boss fights (the sound team made some real miracles regarding to the OST). My favourite is still the Sky FC/SC combo, in part for the "first time charm" and in part because those titles indulged a bit less in the series tropes I find annoying... or maybe I just didn't notice because they were my first Trails games

Anyway, I'm glad you enjoyed it! It will be definitely tough to top, especially because I felt it striked a really nice balance with the quantity of characters and the space to make them shine. Even for the climax of Cold Steel IV I feel it will be more difficult to hit that sweet spot, considering how gigantic the cast became with Erebonia.
PM

Good luck on the final dungeon, to me it felt like it went on forever

Haha yeah, I definitely understood the reasons behind the hype and why many say it's the best Trails game. I don't fully agree with that, I still prefer Sky 1/2, but it's utter chaos later on!
PM 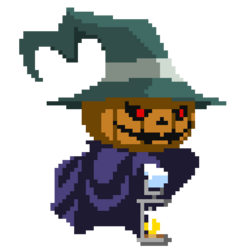 Anyway, hope you enjoy said game! Was an absolute blast and - no pressure - Apocalypse is like, SMT IV turned up 150%, so look forward to that if you plan to do the full duology!

Yoooo. Heyo. I like how you do your status updates with SMT IV there, that's clever.
PM

Ah interesting to hear. Perhaps only two games in I may not have noticed the writing issue you're talking about, plus I think I've played Ys 1 and that's all. After experiencing Trails FC/SC (now starting 3rd) my guess is that I may want to dive into Ys before starting CS. I think I have the majority of the games acquired on Steam already versus having none of the CS games at all. Binging a series that long from start to finish would actually be really fun, as long as it doesn't get too repetitive.

My biggest issue with FC/SC is that the battle system feels so outdated, and when the fight is difficult, kind of kills my vibe and enjoyment. Love old school turn based, but this feels... almost like RPG maker level of combat? So in that respect, a game series with the same attention to story but also a battle system that is fun would be great. Reading through some of your comments I'm willing to bet I may find that in the Ys games.
PM

Thanks for the add back!
Yeah playing through these Trails games has been an eye opener for what an amazing series I've slept on for a long time! The writing is just so suburb and characters actually feel 100% real.
Sky SC has been nothing short of amazing thus far, that I know the moment I'm done I'm running right into the 3rd.
Hours well spent!

MrFreddy
about 2 months ago (edited)

Happy to read your thoughts on Ys IX! I ended up never buying the game for one reason or the other

I'd like to, but I'd prefer to finally start and finish Memories of Celceta before buying a new game in the series.

I think that I might suffer from Falcom burnout after playing Azure and so many Trails games basically within a single year. I'll think about it more seriously in the future 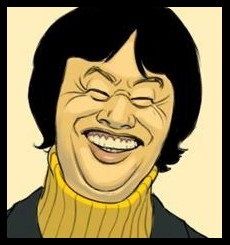 I read your comment about Duke 64: "That moment when the Title music is better than Duke 3D" and then immediately thought, "...but then you find there is no music in-game."

NISA announced a plethora of Trails games for the next years! It's incredibly cool that the Geofront localizations will become the de facto official western release of the Crossbell arc. The sad thing is how far the releases are. Zero in Autumn 2022, Azure in 2023 and Hajimari in 2023 as well... that's so far away! I guess that's it for a while after I'll get around and finish Cold Steel 3 and 4, one way or the other

And yeah, the song is that one. Just fantastic and works great in context.
PM

Luckily, most of Azure's final dungeon isn't cramped. You can mostly avoid enemies comfortably. But still, it's really long haha. I think the pacing was awesome, but to be fair I liked the pacing of almost every Trails game. I came to love the very slow "familiarize with the game world" thing with Sky 1 (which is still probably my favorite) so it doesn't bother me. The only egregious case of "bad pacing" for me personally was the middle of Cold Steel 2. That was mainly because you flew around Eastern Erebonia doing menial quests and things that felt not only massively inconsequential, but of little interest in terms of world building and such. That's the way to make me not care, the rest is generally fine, I'm quite easy to please

. In Azure, aside from the beginning (which feels slow after the high octane prologue, but isn't really slow for Trails standards) it's an absolute roller coaster, Chapter 2 already fires on all cylinders and from there Falcom really mastered the control of intensity in my opinion.

I absolutely can't imagine what it was like to play Sky the time it released here. The cliffhanger to Sky 1 gutted me the first time, and it would've been maddening not to play the sequel shortly after. It also happened (though with less intensity) with the ending of Cold Steel 1. In a way, it was a really nice time to get into the series, among its current, relative popularity and the great fan translation for the Crossbell games.
PM

The worst thing is absolutely how they hide away some crucial character development behind the final "bonding event". In Ao, it's even worse than Cold Steel, because the whole bonding system is hidden. I sincerely hope they can that horrible bonding system from the next entries because I can say for certain that's the only thing I unconditionally hate about these games haha
PM

MrFreddy
about 4 months ago (edited)

Holy shit man, Ao was absolutely NUTS! Totally worth the wait, it's my favorite Trails after Sky/Sky SC. The pacing was killer, probably the single biggest factor to keep me glued to the screen. Also, the OST is out of this world, final boss OST might be my favorite final boss theme in any JRPG I've played or listened to! Geofront did a monumental job for sure, it's actually irritating how in the West we don't get an official localization of the Crossbell arc, since they're terrific games.

It wasn't perfect, the final chapter (and the final dungeon more specifically) was way too long for its own good and at the ending felt a bit anticlimactic. I also came to find some of the Trails tropes a bit annoying, though I suspect that's also because I blasted through SEVEN games within a year and some months. For example the apparent inability to kill off some characters for good or to finally defeat some enemies! It was always perplexing to me how there's a strong boss, you defeat the boss but then it turns out you actually did nothing to him or something like that. It gets a bit silly after a while. But that's the way they do things, so I came to accept it, though it's not my preference.

I am absolutely pleased overall and I really want to continue with the saga! I'm getting a bit of a break though, while I wait for Cold Steel 3 to go on sale. It's certainly a unique series that has a charm nothing else quite gets. Happy to have become a fan in the last year.
PM

For real! I'm well over half of The Last of Us 2 and I'm really immersed in that game so I'll probably start slow with Azure, but after that it's smooth sailing haha I can't wait!
PM

Yeah man! I am so excited about it! RIP all the other games I'd have to play because I'm marathoning Azure, Cold Steel 3 and 4 haha

I can't wait, thankfully I'm wrapping up the work on my thesis today so I'll have plenty of free time for at least a month. I should be able to immerse myself in the game for a while!
PM 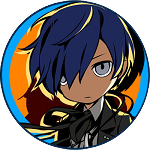 Lol thank you, I'm really hoping so! I remember your vaguely unimpressed tone with Binding Blade and how right you were, I still think that's my least liked one.
PM

Anyway I'm super glad I just downloaded a NG+ file and went with it. Bonding Events were significantly more involved than CS1 and arbitrarily losing two thirds of them is just a terrible decision. Especially when they're important for character development. This bonkers "replayability" choice is the one I despise the most, especially because in a normal game you also lose the Black Records quest and the SENSATIONAL scene that comes with it. That's just cheap, that scene (that is important in later games also, I read) is too important to be missed like that.
PM

Yeah, length is tough. My main concern is that of a steadier pace. CS2 starts strong and ends super strong (I'm probably beating the Epilogue tonight), but in the middle it kinda meanders. Zero took me longer than CS2 if I remember correctly, yet I basically never stopped playing because the plot was always moving forward.

It might also be due to the fact that I've never loved the most "open" sections in JRPGs. There is too much choice and I lose the sense of urgency or the desire to advance the plot. But I understand that this is quite unusual for a JRPG fan, it's just my own weird preference thingy.
PM

(to be honest, sometimes I spoil myself purely by being a dumb idiot and searching for the wrong stuff, in those cases I'd kick myself in the butt, but mostly it's inconsiderate people's fault haha)
PM

= Seen the ending, or an ending in the case of VNs.

= I have done everything I want to within the game. Can include platinum trophy, but doesn't have to.

= No actual ending, I can't/won't play it, it's in a foreign language (Japanese), or for dupes that I haven't beaten on that platform
I do not use

New (Complete): The Doctor Who Cloned Me  (PS3) 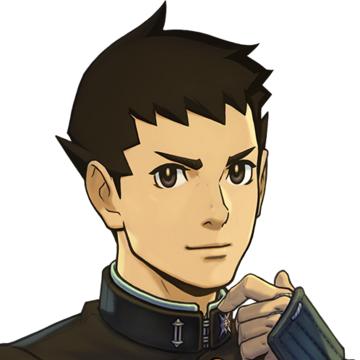 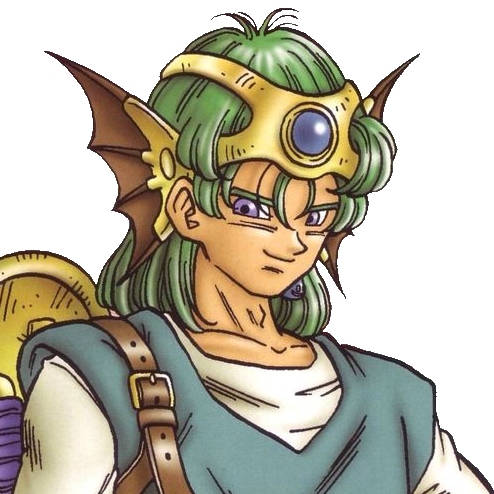 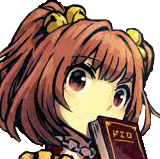 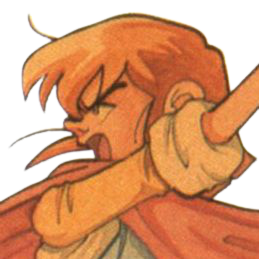 The Whereabouts of Light Instrumental Ver.