Completed ?For games which are 100% done. All extras and modes have been unlocked and finished. All significant items have been collected.
clb
about 2 years ago 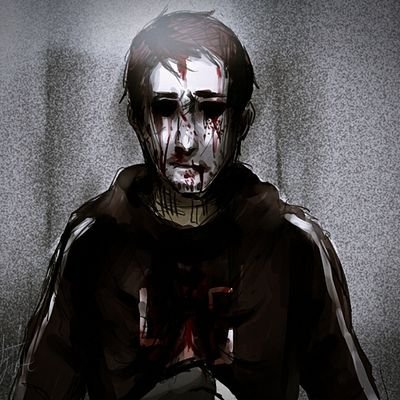 Did see some of the Tetris Championship stuff but I was eyeing the gameplay more than the actual players. Will have to check it out again to see you on the big stage kicking some ass my man.
PM

clb
about 2 years ago

HOLY MOLLY YOU ARE ALIVE!

Haven't seen you in a while. Welcome back.
PM

Awesome, I’ll be sure to check it out and give you my thoughts.

You made a NES game? Thats awesome!

Thanks, haha. I'll be getting it considerably higher eventually. That's incredible, that's certainly not a deal you're going to get anymore these days.
PM

Thank you kindly. I own around 150-200 physical NES carts and I think about 60 SNES carts, the rest I emulate but most I plan to buy. I'll definitely check it out and let you know what I think, thanks for the link. I see it there in your banner, it might be one I'll eventually pick up.

You've got a nice NES and SNES collection.

I was watching a Pete Dorr pickups video from Portland Retro Gaming Expo, and saw something that I knew that I had seen before, again!

I was watching a Pat the NES Punk pickups video from Portland Retro Gaming Expo, and saw something that I knew that I had seen before!

I do play Warcraft II (but not III or WoW, those make me nauseated). I love Diablo and Diablo II. Haven't tried III yet, so time will tell. Sorry it's taken so very long to reply to you, I had some hospital time that took me away from...well...everything ^_^;
PM

Oh it's been fine. Right now I'm just making my way through Assassin's Creed Revelations, expanding my horizons a little. You know, I've never played the original Animal Crossing, but I do have Wild World and City Folk. I enjoyed both for a few months, but then it just got stale. And the one Harvest Moon game I played (Island of Happiness on the DS) didn't capture my interest at all. Perhaps games like those are just not my thing.

What have you been up to recently? I see your backloggiversary is in a few days too.
PM

You definitely should! It has aged extremely well, the gameplay takes a little to get used to but it's brilliant. It isn't survival horror as 2, though, it's more action oriented.
PM

Nope. I have 3 missions left in Ghost Recon Shadow Wars and plus tomorrow is my last day of school. So I pretty much have no excuse not to force myself to at least start.

And you haven't done any of Animal Crossing past the house in 6 months? Looks like we both have been slacking pretty bad.
PM 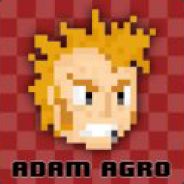 Sadly I don't have much in the way of SNES games. I'll have to update it though. I have a ton of games to backlog. Thanks for the comment.
PM

both actually lol, i find lately i dont have the patience for RPGs, all the grinding and stuff. I'm just in the mood for like good ol' platformers and stuff for Genesis and NES
PM

I've got all but the leftern most column mapped, and my wallet is at 5000. And I have that chart that shows me where the charts are. It's just starting I guess. There probably isn't any specific point that I need to start at, but which one did you get first? Part of it is that I have to go get the chart, and then go get the shard, which isn't that bad but it's not looking too appealing. I think I have around 1000 rupees, so the idea of having to pick up more is also not looking too good.
PM

Yes! I prefer 2 to it, the level design and songs are better IMO. 3 also has some problems with slowdowns that are not present as much in 2. But still, it is a very, very good game! I agree with you, it's more difficult, too.
PM

Yes, I cannot say when the NES games will start to get played. I'm playing Diablo III now, and the last time that I started a Diablo game, (Diablo II) I played that solely for over a few years. In fact, as evidenced by my Now Playing list, I still never really accomplished what I was trying to do in Diablo II. In fact, now playing Diablo III it has rekindled my passion for playing Diablo II again, and I find myself wanting to turn III off, and play II again.

When I do finally bring myself to get an NES game into my Now Playing, I will most definitely be sure to send you a message to inform you of this momentous occasion.

Who knows, it might even be your game that I'll be playing!!

I'll be honest, I'm right after the Wind Temple and it's time to gather the Triforce shards. I hate to say it but this has now stopped me cold for a second time now.

Trust me, I really want to see the final dungeon, and ultimately the end of the game, but these shards are putting a big stop to that plan.

And it's frustrating, I've had Wind Waker on my front burner for so dang long now. How did you go about with the shards? I'd like to hear and maybe get some form of example or structure to work off of.
PM 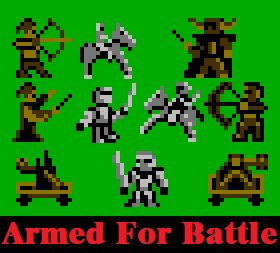 NES - This was a Christmas present in 1986. I did not express that I wanted one, but when I started playing, my life was changed. I acquired a small library of games and it grew steadily. Super Mario Bros, Golf, ExciteBike, Mach Rider, Popeye, Baseball, Zelda, and many more followed. The NES brought so many good times and created many great memories. Many days would be spent playing the NES with a friend, and his collection was different from mine, partially on purpose, so we enjoyed a huge variety of games.

Nintendo Power - I started my subscription with the 2nd issue (Castlevania 2 on the cover), and read the magazine constantly during bus rides to and from school. As a side note, when Gameboy was released, my Nintendo Power reading fell behind a bit, since Gameboy took precedence on bus rides. I would make lists for the games I wanted, draw the pictures in the magazine, and read everything in there cover to cover. I was even in the high scores once for a record in Game Boy Tetris. I tried the "Invent the Utimate Video Game" contest and the "Create Your Own Gameboy" contest, and thought I was sending in the winning entry both times, but no luck with that.

Nintendo World Championships 1990 (NWC 1990) - I attended this event and it made a huge impact on me. I have written articles on this event:
[Link] - NesPlayer
[Link] - Retrojunk
[Link] - My NWC high score

SNES - I had seen articles in Nintendo Power for the Super Famicom, but did not know what it meant to me, being in North America. When I did realize that a bigger and better gaming system was coming out, I was the first in line to get this state of the art machine. I got it on release day in Milwaukee and was in heaven with this new system.

N64 - On release day, I received notice that my pre-ordered N64 was in the store. I was working that night as a pizza delivery guy, whose shift would surely end with enough time to dash across town and pick up the new system. I was so excited and wanting to be done, but we got hit with an abnormal amount of orders. I delivered my last pizza, ran in to clock out, and took a chance speeding across town that the store would still be open when I got there. I ran through the mall in my pizza uniform, got to the store, where the gate was halfway down, and ducked in to claim my N64. Phew. That night, I played Mario into the morning hours of the following day. It was 3D, and this new perspective was incredible.

Gamecube - I was a married man when the Gamecube was released. At this point, my game backlog from the previous systems was getting overwhelming, and although I wasn't looking to get another new system, my wife picked this up for Christmas and I was very pleasantly surprised once again. I currently have a number of unopened Gamecube games that must be played but I haven't even tried yet - Metroids, Zeldas, Resident Evil, etc.

Gaming Quest - In the year 2003 I made a decision. I was going to conquer my old games that had not yet been beaten. I had some earlier success, defeating a few random NES games that were too difficult when I was a kid. I wrote this article about it:
"Unconquered Nintendo Games" [Link]
I figured I would not only conquer what I had, but seek out any great games that I might have missed the first time around. In addition, I have tried out some great foreign games that have been translated to English. This gaming quest began with the NES, and I’m working my way through my other systems.

Current Status:
NES – conquered all games I desire to play
SNES – still playing a few foreign games
N64 – currently being played
Gamecube – in the future
Wii – in the future

Are you playing the same games I am? If so, come to gamefaqs.com - I'll be posting in the forums.