Completed ?For games which are 100% done. All extras and modes have been unlocked and finished. All significant items have been collected.
ReijiOyama
about 5 years ago

Wait, seriously? They made a game based on that movie?

I'm trying to figure out if that's better or worse than a game with a character in it voiced by Sandler.
PM

I would be shocked and concerned if there was a video game with a character voiced by Adam Sandler in it. Thank god that hasn't actually happened...

Savage Warriors is quite special for me and my friends. Four characters, namely Zia, Neftis, Fergus and Hank look EXACTLY like my aforementioned friends (believe me, the resemblance is very strong, especially for Zia). We had a lot of fun because of that. One day I complained that there was no character for me and then my Zia-like friend said: "Oh, come on! You look just like Ghor, he is only a little bit more handsome than you" And that's how I got a new nickname 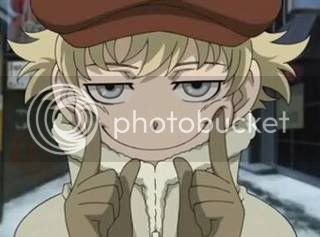 I got my hopes up and ended up underwhelmed.
While it wasn't all bad, I ended up forcing myself though it when I was about halfway through.
The hand to hand combat was usually fun, however the weapons felt pretty useless (and boring) with the exception of the club only because I have to use it for the big guys. I also hated the final shoot out with the hunter.
The story was kinda boring because I never had the slightest clue what was going on until the very end, and I wasn't very impressed with that either.
None of the characters are really worth mentioning as none of them have much-- if any personality at all.
I also encountered several glitches that forced me to start over or die, because there was no way to move forward, such as enemies getting stuck in walls, or a certain stone bridge that wouldn't appear the first time around.
In the end I had a little fun playing co-op though the tower, (the pit sucks) but other than that, I feel no reason to ever play it again. I may purchase the sequel someday when the price drops a bit.
PM

Completion Criteria:
1) Games without any extra modes, unlockables, collectibles or levels after beating them are considered

.
2) Games with extra modes, unlockables, collectibles or levels after beating them are considered

. If all extras are beaten or unlocked, it is considered

.
3) Games that never end, have infinite content (random generation) or are multiplayer only are considered

.
4) Achievements do not count towards completion status as they are their own category.
5) Games can only be beaten on one platform, otherwise games in a compilation that I already own are considered

.
6) Games that are only beatable by cheating either due to bugs or being released in an unfinished state are considered

ONLY IF they are beatable. Prototypes, betas and unbeatable games that were never released are considered

have been cleared by credit feeding. They are technically "beaten" as I have sees the end of them. Arcade games are only marked

refers to games that are No Loss cleared or are beaten in some other exceptional way.

No. I wanted orange. It gave me lemon-lime.