Completed ?For games which are 100% done. All extras and modes have been unlocked and finished. All significant items have been collected.
Seijika
about 4 years ago (edited)

I'd def say give X7 and 8 another shot. May not make you like them anymore, but with X7 I was able to appreciate some of the things they went for a bit more after the initial disappointment. Trying to shoehorn Axl into our hearts and the overall lack of speed are the main hurting points, along with the English voices. Japanese voices are infinitely better, but when you switch languages you are playing the Japanese version of the game, so no subtitles. However, for X5 and 6 you get the way better title screens! No idea why they changed them.

Finished X8, tis a total step up. Still some frustrating stages, but the bosses are way better and Axl is a little more differentiated. His copy ability is still just gimmicky though. Also, X's armour(s) kick big-time ass. +Vile. Premise is incredibly stupid, like why give every reploid a copy ability? That sure won't back fire! And do they become as strong as who they copy? Then what's the point of the originals? I dunno it seemed stupid, but the overall game was definitely not bad. Like many 2.5D games though, unlike the God SNES Games, it can be hard to tell hitboxes a bit. Like, generally it's obvious, but the SNES X games, NES Classics etc are all pixel perfect. Harder to do in 3D so there are times where it's like "wtf that hit me" etc.

I liked Command Mission, I thought it was pretty fun. Music and boss battles were good, but it's been a while since I played. Scarface was a pretty cool but underutilized baddie.
PM

Yeah it's definitely not a popular opinion (unlike most "unpopular opinions" ) but the Gate levels were good I thought, except specifically for the very start requiring you to either have armour or Zero to just get over the first wall lol. Makes no-armour runs more tedious. The sadistic and wild design really reflected Gate's warped genius. His fight can be quite tedious but he looks cool as hell at least.

In X6 Zero is mad OP, his buster gun is insane. Does good damage, but generates little invincibility frames on bosses, so you can just keep firing away at them - it's better than the saber! Against Sigma form 1 you literally can just stand there and shoot away and beat him no damage lol.

Beat X7 recently. Not as lame as I remember, but still the "worst" one, even though I overall enjoyed it. I don't like how they made X locked, but I do like how they made him a badass for once. He is easily the strongest character, the charge shot does insane damage. I also liked the designs of the game harkening back to the SNES-era designs for robots a bit. Certain upgrades made the characters broken, like with Zero you can just tank hits and beat on bosses with three upgrades: less damage taken, no knockback on normal damage, and increased invincibility frames. I will never like Axl though. Also lol at Sigma: [Link]

X8 has been enjoyable so far, actually my first time playing because the game is hard to get and pricey. More challenging than I thought with some annoying stages, but again I like that X is the best.
PM

Yeah, Dynamo had a good return in X6. He was a lot more of a friendly rival in that than anything.

Vile's purple look and his blue were awesome. In the X3 manga he has a hype fight against fully armored X, who in the same comic, wiped out Bit/Byte fused in one shot. His mode in the PSP X game was cool, too, lots of weapons to try out.

Yeah, Zero was always kinda a joke to me and my friends back in the day, constantly "scouting ahead" or "destroying the computer" while you did hard shit.

Yep, love Castlevania. I prefer the old school style to the SotN style, but enjoy both immensely. The retro style prequel game Curse of the Moon was very well done. Inticreate's also made Mighty Gunvolt or whatever which was also super fun, it was a better Mighty No. 9 than Mighty No. 9 rofl. That company also did great work on Zero and Rockman 9/10 so I think all retro style games should just go to them.

Fist of the North Star Yakuza wasn't bad! I talked about it on my blog (link in my profile!). It was worth some chuckles for sure.
PM

Yeah, I've used the claw forever as well, but mapping it to L (like it is in Zero) is probably easier in the long run and less rough on the fingers lol.

X7 had a lot of weird things going on with it. BURN TO THE GROUND is a test of willpower.

X8 I look forward to because it has the return of my boi Vava/Vile. While Dynamo was a cool dude, if they really wanted it to "end" with X5, I figured it woulda made sense to bring him back in that one. Oh well.

Yeah, Zero and his many deaths, but always too cool and popular to keep down. Also Inafune's wet dream, so the decision to keep him around and have him overshadow X has been there forever. Poor, poor X.
PM

Haven't made it so the PS ones yet but the SNES ones seem to run just fine! While maybe not anything to do with frames, I was finding instant dashjump a little harder on the first X though, on the many-little-platforms part of Sigma Stage 1. Maybe I was just rusty. Definitely gonna try for all the Hunter Medals; I like how they pop up in the corner of the screen like PS4/Xbox achievements even though the Switch doesn't have anything like that.

I look forward to playing 8, thing has always been so hard to get for me so it's the only one I haven't played, despite playing 1-6 legit countless times. 7, yeah, is definitely the weakest entry. For me it wasn't just the graphics or Axl being a lame-ass character; the problem for me was they took away two of the series' most defining traits - it's tight controls and speed. X7 is slow, imprecise. The boss fights aren't fast-paced. It was unfortunate.

I also quite like 6. 5 is my most nostalgic, as it was the first one I actually owned (I was a poor rent-only kid for most games I played), and I played it to pieces. Still really like it, but yeah, 6 is cool. It is super stylish, has cool boss designs, wicked music, and just an overall good vibe. The difficulty can be quite harsh with some mean stage design, but oh well. The series really feels like it just got harder with each one, really. 1 easy as hell but still amazing. 2 bit tougher, 3 tougher than that. 4 may be arguable, but I'd say arguably tougher than 3. 5 was actually tougher than I remembered replaying it recently, especially in the last levels when they decide to give all the bosses a megafuckton of health. Then 6 is famous for its toughness.

Hopefully this works like the Classic collection did and spurs a comeback X game. I always preferred X series to Classic. Can't wait for 11 tho!
PM

Yo, long time no anything.

How are things goin these days? Whatcha up to?

The world is slightly brighter with the new X Collection, can't wait for mine to come in the mail!
PM 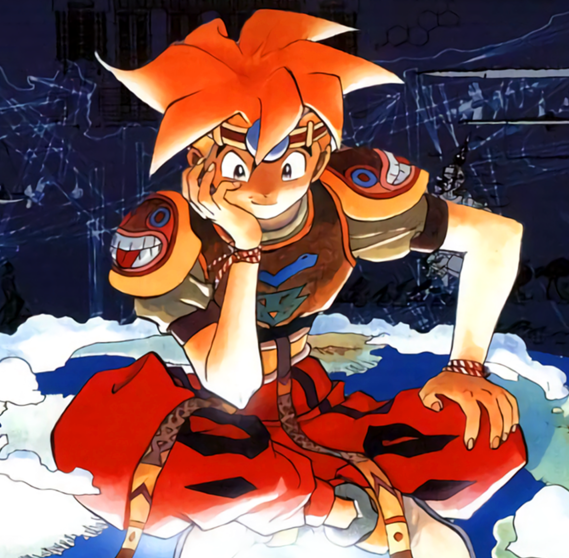 Sometimes I come across some wonderful pixel cityscapes on Tumblr or elsewhere, I'll be sure to hold onto those and show them to you as I come across them.
PM

About NULL: For me I label Null games as two of the following:
- Games you can't really "beat" (UNO, some fighting games, etc).
- Games I own but haven't even started up yet or say put more than 10 minutes into it. I do have a lot to play...

I own two modded Sega Saturn's, thus explaining all the Japanese games and whatnot.

I've been gaming since 1990, frankly my list isn't entirely comprehensive as I can't remember everything I've played or finished, typically on the earlier systems.

Been an avid gamer since I was 3-ish (1990), haven't stopped since. I used to always brag about not having to go to daycare before Kindergarten and instead, I'd get up everyday to play Blaster Master, or some Megaman game back on the NES! My favorite system has been and always will be the SNES, it had everything. I think runner ups are the PSX (also had tons of variety and was riddled with epic JRPG's just like the SNES), and the Genesis / NES. Other than that, I currently game on the 360 a lot. As an oldie 8-bit child I could go on and on about what's wrong with today's gaming world, but I'll just say that it's not so much about the consoles thesedays. MS vs Sony? Who cares, it's about the games.

Anime is fun too. But I watch mostly obscure stuff, if it says anything, my favorite series is Legend of the Galactic Heroes. Beyond that I tend to stick with sci-fi/fantasy 90% of the time. I'm also a big fan of 80's mecha, from Gundam (Zeta!), to Ideon, Blue Comet SPT Layzner, Vifam, Votoms, etc. I do watch a lot though, some modern favorites are: Ghost in the Shell SAC, Guren Lagann, Monster, Seirei No Moribito, Boogiepop Phantom, Planetes, Infinite Ryvius, Terra e, etc. 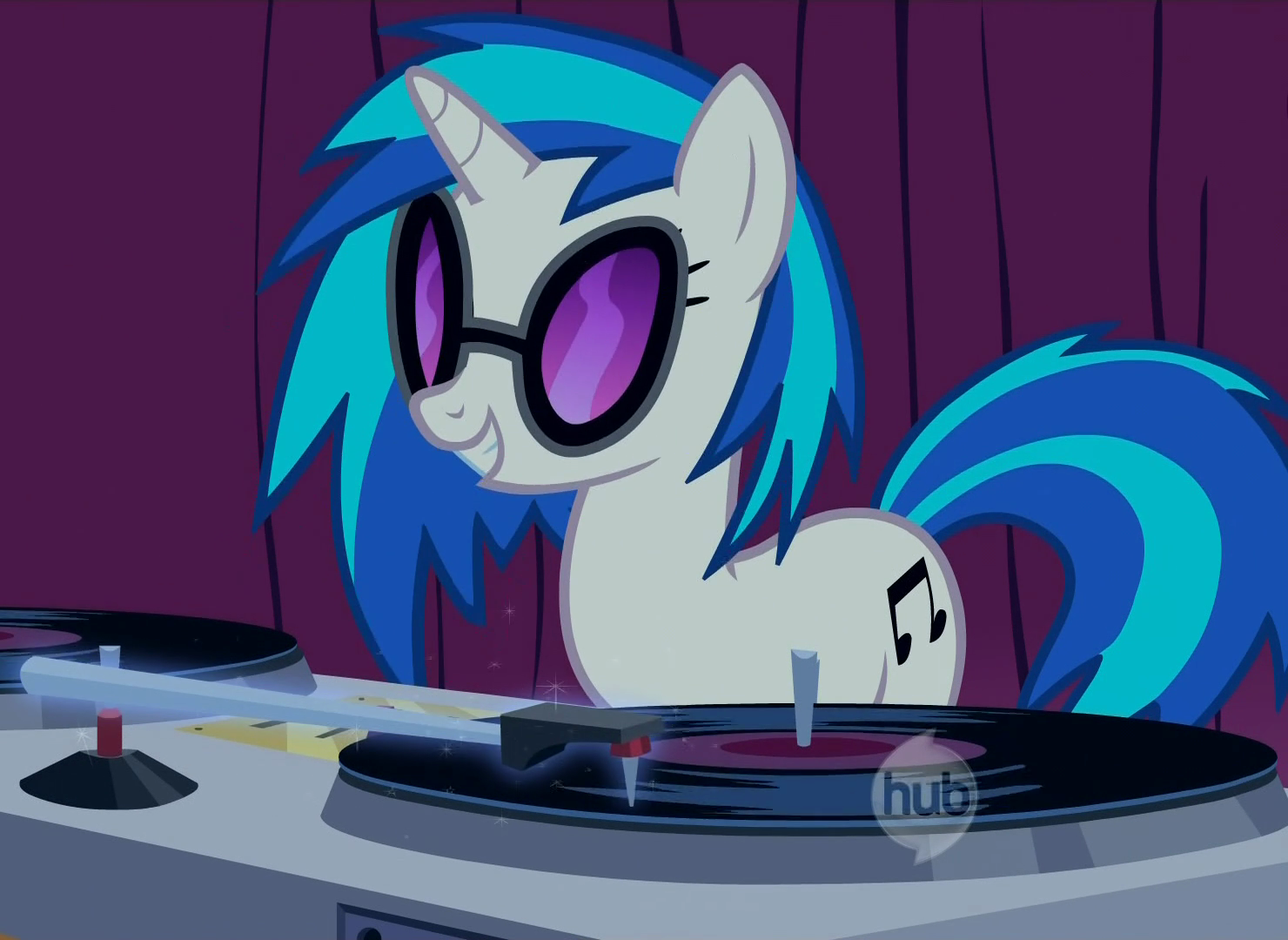