Completed ?For games which are 100% done. All extras and modes have been unlocked and finished. All significant items have been collected.
Dalkaen
about 4 weeks ago

I already know I'm going to spend hours on the Cabaret Club minigame... I am addicted to it. I'm going to miss it in other Yakuza games. I actually picked up everything up to Y6 in that recent sale. I was holding out for all physical for the longest time but getting 5 games for under $50 was too good to be true.
PM

The Mario & Luigi series has some awesome music. I’m sure you’ll like Dream Team.

Sounds like you don’t particularly care much of the gameplay for The Last of Us, but you are sticking around for the story. Each time I have tried starting the game, the overall gameplay feels really bad, so once I get back around to it, then I’ll be in the same boat.

Dusk
about 11 months ago

Hope you enjoy The Last of Us! It's one of my favourite games.

Your welcome! 😁 and also thanks for the add
PM

Wow, you got a lot of new games recently, but you must not have the time to play them yet, huh?

Thanks for the Yakuza feedback. Sounds like Zero is the way to go.

Almost done with Linear Bounded Phenogram. A few of the chapters are duds, but some of them capture the essence of the original game quite well. I don't want to spoil anything so I'll leave it at that! 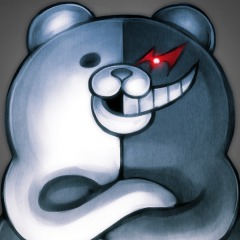 Thank you! And also thank you for giving me that code for Shantae and the Pirate's Curse a while back. I really enjoyed it.

Wow, Sony is doing real bang-up job lately. If they somehow think breaking or dropping support for everything else will convince me to get a PS5, they are dead wrong. Pretty much have to hit that PS3/Vita backlog now...

I happen to have Wii U codes for these games:

And as you may have noticed from my backlog... I don't have a Wii U. So they are useless to me. Just send a message if you want one! (may be NA region locked)

Hit List (sequels and other games I should play soon):

-------------- Other Info ---------------
- I try to add all of my games* on Backloggery, otherwise it doesn't feel complete or accurate. Plus, it's nice to have a complete list to easily browse in one place. I don't count dlc missions as separate though unless they play separate from the main game.
*One exception here being emulated games that I don't own. They are added after I choose to play them and have made sure it is stable enough to run.

- For now the PSN section is for digital cross-buy games (to avoid listing them for multiple systems), or games I played or beat on a PS+ subscription which were not bought. Otherwise, the PSN section would devolve into a huge PSP/Vita/3/4 mess.

- Personal taste: I play RPGs more for the overall experience and characters than the gameplay. Even if it has the best battle system created, if I'm not invested in the story and characters, it falls flat on it's face. Not to mention, I'm a lot more likely to complain about a dull open world than a linear game.

- I generally don't play Steam PC games or mobile games... except in rare cases (like visual novels), if the game is free or I have no choice in platform. PC gaming has always given me more issues than a news stand. Yet saying that, I'll take the time to set up a PS2 with a HDD and Open PS2 Loader...

That was how it remained until I had a brief stint with the SNES before a friend introduced me to the Playstation and even let me borrow one a while. From then, I dove straight into 'modern gaming', mainly on Sony consoles until I got the N3DS.