Completed ?For games which are 100% done. All extras and modes have been unlocked and finished. All significant items have been collected.
satanwasanta
about 1 year ago 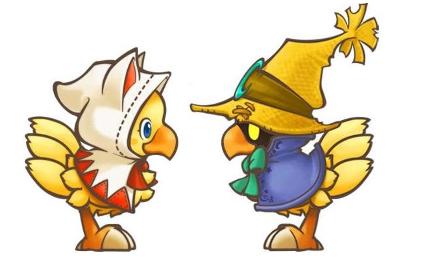 just came across you from the front page. I enjoyed reading your description highlighting why you game and how you rank, etc.

I haven't played Link's Awakening remake yet, the original means a lot to me as a childhood game, how did you find it overall? I've waited quite a bit but may pick it up this year.

Good luck along the journey and I'll look forward to reading your updates!
PM

Ballerina99
about 2 years ago (edited)

NightBane
about 5 years ago

Hope you don't mind if I add you to my Multitap. Your backlog is just great!

You are making sense, no worries. XP

I attempted to play it again last night, and then re-read your explanation and what you said makes a lot more sense.

Plus, I'm not sure if I'm doing something wrong or not, but battle just feels.. choppy? Like, they play a card, then I {poorly} cycle, and play a higher one if I have it. Looking at it more critically, I guess it's not the cards, but the gaps in attacking that kind of got to me. I'm used to heated battles, mashing the attack button, using shortcuts for magic, dodge rolling everywhere and having Donald there to heal me sometimes maybe. Because the battle screens are a lot like a typical battle in Kingdom Hearts, my instincts kick in and want to do all that, then I end up wasting my cards. XD

It'll just take a little bit to wrap my head around it and calm down, not play offensively.

I appreciate the in-depth tips, though! I'll definitely have to keep them in mind and do my best to keep an open mind. I'm just dreading Riku already. XD
PM

Hi and welcome to my Backloggery, feel free to add me and I hope you enjoy my profile!

I've been gaming since I was around 3 years old and will probably continue doing so untill I'll get my real life game over screen...

Many of the games listed here have been played throughout my life from a very young age up untill this day, many games still have to be added which I do sporadically, there's also the problem that I don't remember everything I played back then, but I'll keep adding games on a regular basis, old & new, everything gets added!

Any game I played with the exception of a demo (unless it's 5h+) gets added to my Backloggery.

In some games you'll notice [ ] before the name of the game, these are meant to order games (by time of release) and generally just have a better overview, the abbreviations are as followed:

- [EXP]: This stands for EXPansion, these are massive and expand the world of the original in one way or another (new continent, new world, etc...).

- [DLC]: This stands for DownLoadable Content and is usually (but not always) paid content that adds to the game (new area, new character, missions, more story, etc...).

Under progression note I'll always write where I'm at in the game and what I have achieved.

Under comments I will always leave the genre of the game followed by a small summary/synopsis.

PSA: this is purely based on my taste and you might disagree on what "score" I gave a certain game, I view and rate all games as if they were just released and I play them for the first time, I rate on gameplay and not on graphics.

✶ - I forced myself through this, it's really really cringeworthy bad, BURN IT!
✶✶ - It just isn't that good, it's playable and that's it really.
✶✶✶ - This is an average game, it's a mixed bag of good and bad stuff, worth a try at least, you might find something that appeals to you.
✶✶✶✶ - This is good game, worth your time and money, you'll enjoy it.
✶✶✶✶✶ - This is the best of the best, the cream of the crop, you will not regret playing this and you'll be left wanting for more, IT IS THAT GOOD!

: These are nulled games, either they have no gameplay (DLC), no point in which you can call it an end, I don't wish to continue or revisit the game or I have a double copy and this double copy has no extra content on another system.

: These are games that are waiting to be played.

: These are games I am currently playing, it's also possible that I stopped playing for some reason, if they are left on this status then I plan on finishing them at some point.

: These are beaten, the ending has been achieved, yet there's still some unfinished business, this might be more story, unlocks, trophies or extra stuff after the credits that I want to earn/experience, I also put

when replaying a game.

: These games are done, I've completed them fully, there's no content left for me, this is the status I want to achieve with every game.

: When I played a game so many times, I mastered it!