Completed ?For games which are 100% done. All extras and modes have been unlocked and finished. All significant items have been collected.
Okoa
about 2 weeks ago

I really liked it!

It took a minute for me to get into the "rhythm" of the combat, but it was really fun once I did! The minigames were so much fun as well, I can't count how many hours I lost to karaoke LOL

My only complaint was that we never get to see Kiryu and Majima meet for the first time! I know there's that scene in the epilogue, but that one plays out as though they've already met. Unless they actually meet for the first time in Yakuza 1. And for all the times I've heard of Majima as this unhinged crazy guy, we really don't see him go all that crazy in this! He's pretty levelheaded for 95% of the story haha.

But yeah, had a really good time with the game! Would love to continue with the series!
PM

Oh, sorry! I guess I lost your tag in my multitap then :P Cheers!

Hi there! Tried to add you but I can't seem to find the "add to multitap" button in your profile... Thanks for the add!
PM

Okoa
about 4 years ago

It's amazing. I loved those old games, and they look so good here in HD. Highly recommended, they're all excellent platformers.

I totally just realized I missed your comment about Silent Hill 2. Sorry about that! We really enjoyed that ending. I think it was the "In Water" ending? It felt pretty right as a conclusion, so I'm satisfied with it, whatever I did to earn it. It's a damn crime that SH2 isn't available as a PS2 classic or something.

Speaking of videos (that one's great lol), I also found this excellent one about SH2. Great analysis. [Link]
PM

Okoa
about 4 years ago

Heh. Actually, I think it was toned down in the Steam version. I kept hearing about how awful it was, but I managed to get through it without much difficulty. I'd love to know what they tweaked to make it more bearable. Maybe the time limit was more lenient or some of the obstacles were rearranged. The escort mission definitely still sucks though.
PM

Both the system and the Mario game are really cool! The Switch's portability is amazing, like you can actually take it anywhere you wanna go. We found a used one at GameStop for $280, which was the best deal I've seen for a Switch. If you ever see one for a discounted price, I highly recommend it!

FFX-2 is a tough one. I wanna make a solid effort to get through it too, but...I dunno. I dunno about that one lol. Just from the opening cutscene alone, you can tell it's gonna be a wildly different experience, and probably not for the right reasons.

Congrats with finishing FFX! How'd you find the experience?
PM

Thanks for your detailed impressions of Hellblade! It sounds quite impressive to say the least. The puzzles don't sound too awesome, but if the rest of the game is well made I will definitely have to pick it up at some point. Thanks!
PM

What are your thoughts on Hellblade so far? I'm very intrigued by the game but haven't had a chance to try it yet.
PM

Indeed! It was so good that it almost - ALMOST - made me consider playing another Borderlands game. I think what set this apart from most other Telltale games is how your choices actually play a huge role at the end, in a way that I wasn't expecting at all.

Also, I see you're getting in on Final Fantasy X. Awesome! It's my favorite one, hope you dig it.
PM

GOODNESS. How I miss the days of old, staying up to the wee hours of the morning playing Battlefront II with friends. I haven't played the newest Battlefront, but from what I've heard, it sounds like I'm not missing much. I truly hope the sequel (due at the end of the year, I believe?) is more of what I had always dreamed Battlefront III to be. Is it your first time playing?!
PM

Yeah, that's what I heard. I realized that I had the Ezio Collection (2, Brotherhood and Revelations) sitting around all this time, and it felt bad to start the franchise with the second one, especially if the stories connect. Plus, it'll be fun to see the leap the games take when I start the second one, like the one between Mass Effect 1 and 2.
PM

Whaaaaaaaaaaaaaaaaaaat! Thanks a ton for that gift, you didn't have to do that! I'm definitely gonna play this as soon as I clear some room on my playing list.

Actually, Marta was in control for most of the game, and just for fun we elected to take all of the dumbest actions possible.

So we ended up making incredibly reckless decisions, running straight into obvious deathtraps, and stirring up as much drama as possible between the characters. It was a lot of fun, and Sam was our only survivor. The last "don't move" part was pretty tough, but we had no problem sacrificing Mike to torch the creatures.

Oh, I didn't know about that. That's good to know. I've been following a guide on how to get the best pacifist ending, as well as how to spare some of the more complex enemies, but I'm glad you told me that before I reached the end. I would've been really confused lol.

I'm rather liking it so far! The characters are offbeat and funny and the music is excellent. The game does have that reputation of being overhyped and overpraised, but on its own it's very well put together. Especially as a one-man dev team, I always have a lot of respect for that.
PM

Death of Joffrey? I guessed that it was coming this season, but I didn't suspect it'd come so soon and so abruptly too. Couldn't have come soon enough, that's for sure!
PM

Okoa
about 6 years ago (edited)

Yeah mostly, but the part I didn't like was the stage audience, which I'm pretty sure the first game didn't have (my memory's a bit fuzzy too). It added this luck element that I'm really not a fan of most of the time, because they can throw things at you while you're trying to select your attack or drop things on your head, which can make you dizzy. But the worst is the other random things that show up for no reason, like fog to mess up everyone's accuracy or explosions that hurt everyone except for armored enemies (there's plenty of those in the later levels). It's not a lot, but it's persistent enough to get annoying.

So yeah, I wasn't a fan of all that, but the game was pretty solid otherwise. I know there's a new Paper Mario coming soon, but...I'm not quite sure about that one yet.

So about Telltale's Game of Thrones, does it tie into the show's story, or does it kinda do it's own thing? We just finished season 3 of the show (red wedding, Jesus Christ), so is it safe to play through it at this point in your opinion?
PM

You don't say! Hmm, very tempting. We're definitely gonna tackle Walking Dead season 2 before then, but we'll have to give that a go. We really really enjoyed season 1, and I think Marta wants to give that Game of Thrones version that she bought on Steam a go. We also started watching the show a while back! Halfway through season 3 at the moment.

So with No Man's Sky, if you're still interested, you're probably best to wait for a patch that adds more features, because boredom managed to set in with me after my last play session. It dawned on me that a lot of the planets look the same and they don't offer much of anything to do except mine for minerals. I strongly urge to wait for a price drop and/or an exciting update that offers more to do.
PM

It's kinda cool! Admittedly, there's not much of a central objective, and the only thing you really end up doing on new planets is mining stuff to upgrade so you can find new planets and find more stuff to mine to upgrade more stuff...at least that's how it is in the beginning. I haven't played very far into it to find out for sure, and the planets are neat to roam around in, but honestly it might be a tough recommendation if you're not into Minecraft and such.

I'm excited to get into Walking Dead, I've been sitting on both season 1 and 2 for way too long. Not very far into it yet, and I'll try to save as many characters as I can, but we'll see how well that goes. Tales from the Borderlands, huh? I hadn't heard much about that one, but that sounds like it'd be really interesting. I always thoughts Borderlands had a really cool setup but the main games never did anything interesting with it, ya know?
PM

Hey there! I've been actively gaming since I was 9 years old. My first gaming system was a Gameboy Color were I caught the Pokemon craze. My first console was the nintendo 64 and I was a die hard fan of Nintendo until this generation when I picked up an Xbox 360 and Playstation 3.

As to what kind of games I value the most, I'd say I love games with a really amazing atmosphere. Were the visuals, audio, gameplay and story work together so flawlessly that I forget that I'm playing a videogame. I just lose myself into this beautiful world. Often I find that the action adventure games have that but other games are known to do that as well.

Feel free to add me! Always looking to talk with other people about games.

My top 10 games (order probably changes depending on my mood) 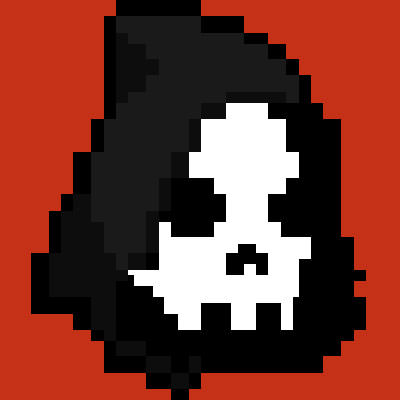