Completed ?For games which are 100% done. All extras and modes have been unlocked and finished. All significant items have been collected.
Try4ce

I'm thinking about Tactics Ogre on PSP as my next RPG, but I believe I'll play a couple quicker things for a few weeks first!
PM

I did a little stuff before going for the true final battle, but not much. I didn't do the portal rematch fights with Dag, Selena, & company, and Sloan, Emma, and Lonsdale. But I did the others. I thought they were pretty easy with the way I had things set up. The first Sloan fight was the toughest fight in the game for me because I really needed to be using the beastmaster ability that always ensures a hit. I was shocked how easy the final boss was... I beat both forms in one round each...
PM

Right now I'm in the fire crystal area and just fought the first Asterisk boss around there. Ironically, that was the first dungeon in a while where the monsters didn't run away from me, but the boss was easier, probably because I unloaded 3 of Monk's ultimate attack in a row for 5000 damage each after lowering her defense by 40% right at the start of the fight, hah. But before that fight, yeah, I was a little overpowered for the dungeons in the previous chapter, but the bosses were pretty challenging. I haven't died though, aside from one glowing red monster I accidentally ran into.
PM

Loving it! I'm about 30 hours in and have been pretty hooked on it.
PM

Happy birthday Charlie cakez! I'm guessing it is your bday because I got a Timehop wishing you a good bday on Twitter!

Get back into gaming for fun.

Notes to self (note to self: do these eventually)
-

Rating system:
⭐☆☆☆☆: Literally one of the worst games I've ever played. I don't want to keep playing it, and I actively discourage people from playing this game.
⭐⭐☆☆☆: I really didn't like playing this game. If someone asked me I would recommend not playing it.
⭐⭐⭐☆☆: This was an alright game. Something to pass the time. Nothing super special but also nothing particularly bad.
⭐⭐⭐⭐☆: I really liked playing this game. I'd probably replay it eventually if I had infinite time, but I think I'd rather play other games first, or replay other, 5-star games instead.
⭐⭐⭐⭐⭐: One of the games I most love. I really want to replay this game and always have a blast.

in my wishlist means I already own a game and it would be nice to play it sometime, but I didn't specifically buy it. It just looks semi-interesting.

in my games, with no rating, means I own it but don't care about it. 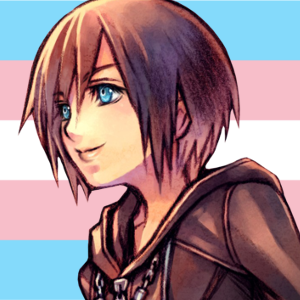