Completed ?For games which are 100% done. All extras and modes have been unlocked and finished. All significant items have been collected.
Qwarky
about 1 year ago

Do you anticipate actually finishing Dr. Creep, or do you not yet hate yourself that much?
PM

You've had some informative posts over the years, thanks for all your work towards VGM

Sorry if you get asked this, but are you the same CHz as on VGMdb?
PM

philia
about 4 years ago

LOL yeah. It was a REAL bitch to 100%, especially with that final boss. I've done it though, I love it so much to keep at it.
PM

Draconis
about 4 years ago

It was either that or dip into Maridia suitless (which I could have done in retrospect as it eventually led to the Flute to gain access to the backdoor of Norfair from Mire shed) but screw Maridia suitless.
PM

"La-Mulana 2 - Solved several puzzles and beat four minibosses all to open a door, which led to a room I've been to already. What a game"

philia
about 4 years ago

Spirit Tracks was a total... meh for me. I do hope you like it somewhat though.
PM

Why did I pick Tetris Attack for this, these runs have so much rng influence

(aside from the obvious reason that I should play panel de pon every day, if I can)
PM

Good job on 10 Second Ninja. I tried that on PS4 after getting it free through Plus, and remember not liking it at all.
PM

I just started playing some IF, how do you log them? Not on Backloggery, but on IFDB? I was wondering since I cannot think of a good system to file them under.
PM

Draconis
about 5 years ago

What a quirky adventure that was. Had to brush up on some stuff, like my latin.

The most heated Kirby completion comment I have heard on here, I think.

Multiple Copies of the Same Game
If I own multiple exact-ish copies of the same game, I'll note how far I've gotten in each copy, but I'll coalesce the completion statuses at one entry and

the others. If there are significant differences between a game and its port/remake, I'll keep separate badges for each.

PC Games
To keep this from getting out of hand, I'll only list games that:

This will exclude the mountain of casual web shit and indie art games I play for ten minutes and the millions of freeware and shareware games I've downloaded from FTPs and Download.com and so on. It would be completely untenable to maintain that list so I'm not even going to try.

"Don't really care about"
This is a category I set on Steam games that I get from bundles/etc. that I don't really ever intend to play. For completion, I'm adding them here to show that I own them, but I'll flag them as

and give them the same description.

Interactive Fiction
I guess I play IF sometimes too, I've started keeping a very incomplete list of games at IFDB: [Link]

Beat: Cadence of Hyrule: Crypt of the NecroDancer Featuring The Legend of Zelda  (Switch)

New: The Sun and Moon  (Steam)

New: The Lost Cave of the Ozarks  (itchio) 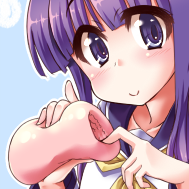